The United World Karate Federation (UWKF) is an International Sports Federation for the preservation and development of all forms of karate competition and all styles of karate. It seeks to include the old to improve the new and to unite people of the World through karate as a medium for Unity, Development, Preparation and Participation including bringing in Professionalism as a very important and vital involvement in the future for karate as a vocation for the very best. The organisation is present in 180 countries and its estimated membership in individual members is 50 million karate practitioners and about 30 million supporters worldwide. The UWKF is present in 5 continents and has a very unique and all-encompassing structure that allows all karate and karate-ka to participate freely in any chose they make in any karate competition formats and any traditional style of karate from Okinawa and Mainland Japan.

Our members range from the youth, women and seniors together with veterans in karate and we cater for all of their preferences and choices under one organisation, something that is not in existence today in the World of Karate.

After 20 years of trying to unify karate under the WKF Shihan Imtiaz Abdulla, after assisting WKF (as its former Vice President) in getting back their Olympic recognition and after allowing the WKF to succeed in attaining Olympic recognition and Olympic demonstration participation in Tokyo in 2020 the United World Karate Federation was created as the WKF did not allow or&nbsp; cater for all karate and excluded a great deal of karate and karate-ka from its membership as it determines that whoever does not practice WKF karate are "dissidents" a term against the spirit of Karate and a word against unity and sportsmanship. Karate is about peace and unity, not division and hatred. 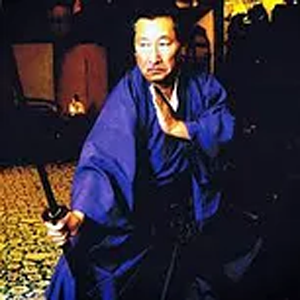 The UWKF was previously the United World Karate Association created in 1992 in Tokyo (by Sosai Chodoin and Shihan Imtiaz), Japan as a means to get karate united and was the greatest support with the World Karate Promotion Foundation (WKPF), the creation of the late Sosai Kunio Tatsuno and Shihan Imtiaz created in Paris in 1996 after a chance meeting between Shihan Imtiaz and Soke Tatsuno to prepare for karate to the Olympics, who so unselfishly travelled with Imtiaz Abdulla lobbying the IOC from 1995 to 1999, for karate's acceptance and inclusion. Also after much underhandedness by the World Karate Federation and especially the President Mr Antonio Espinos, Shihan Imtiaz withdrew from the WKF to concentrate on karate's unity and development world-wide, the United World Karate Federation is developed in the spirit of some great men who helped karate unite and develop, the late Sosai Tatsuno, the late Dr. Takaichi Mano, the late Hideki Nishiyama, the late Jacques Delcourt, the late Michael Crowe and today Sosai Chodoin, Sir. George Popper, decided to go it alone and preserve the ideals of traditional karate (Okinawa and mainland Japan) as espoused by the Okinawan (OLD or Ancient) who are the originators of this art and the Japanese (New or Modern). We welcome all karate-loving people into this organisation.

Our Motto is learning from the old (Okinawan) to improve the new (Japanese).

United World Karate Federation has taken from the old (Dento) Okinawan Karate and its values and has continued its development as per the modernization of karate which in 1901 was started by the great "Anko" Yasutsune Itosu (1830 - 1915), when he introduced karate to the Okinawan school system, he removed the dangerous technique from karate and modified them for "children karate to be developed. It was at this time that individual instruction in strict secrecy was traded for group study and this new approach moved from martial arts to physical education and development of values such as discipline, character development, healthy bodies and minds and society development.

It was also Itosu Sensei that stated very clearly in 1905, "Always practice kata with its practical use in your mind".

It was the student of Itosu Sensei, Gichin Funakoshi that lead a movement for karate to be accepted by the Butoku and accepted by the JapaneseMartial arts fraternity in 1930, this was the start of karate's international expansion without this possibly karate would not have expanded in its popularity today. Funakoshi and his seniors further modernized karate to suit the Japanese culture by changing the way the word karate was writing from Chinese hand to empty hand. Also by introducing karate to the university system and allowing Kumite, which previous was only pre-arranged, developed karate to become a competitive sport, without losing the benefits and values of Budo(Martial Arts).

This is what the United World Karate Federation is all about learning from the old to improve the new, always going back to our traditions to create a better world through sport and martial arts by allowing the united of karate worldwide.